Welcome to the Rainbow Magic Wiki

Written by an array of authors under the name "Daisy Meadows" and originally illustrated by Georgie Ripper, the books were created by Working Partners, and are published by Orchard Books.
Over 200 books have been published in sets of seven or four, including several Special books which feature three stories. Also available are books for young readers with coloured pictures and easier words, published by Scholastic.


Paula the Pumpkin Fairy is the 55th fairy in the Holiday Special Fairies series.

Join Paula the Pumpkin Fairy on a super spooky magical adventure this halloween!

Paula the Pumpkin Fairy helps make sure that Halloween parties everywhere have pumpkins to carve and games to play. But when Jack Frost plots to ruin Halloween, Rachel and Kirsty must help Paula to save the celebration before it's too late!

The docks of Hull are usually a grim place, with grim colours and grim ships. This was not a place for ferries to dock at, it was a cargo ship docking point. It was one of 3 major docking points for …

shoutout to everyone on the wiki

Hello everyone! Hope you're all doing well! That is my shoutout to you all! Stay safe :)

Fairies of the Month 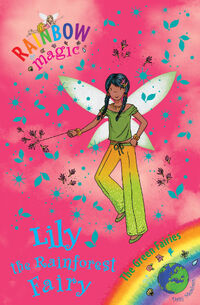 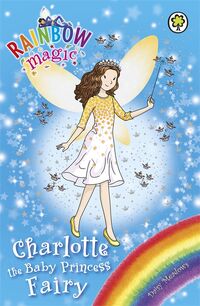 Go to these sites for info or for help with your own wiki!

Want your community included? See how!

Retrieved from "https://rainbowmagic.fandom.com/wiki/Rainbow_Magic_Wiki?oldid=68620"
Community content is available under CC-BY-SA unless otherwise noted.